Does Linux Have A Place In Small Business? 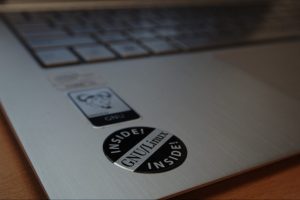 One of the things that differentiates 919 IT Solutions from other IT providers, is our extensive experience in the enterprise IT world, including Unix/Linux administration and DevOps.   Since starting 919 IT Solutions, I’ve looked for ways to inject Linux into small business IT.  To be honest, there really aren’t many opportunities, especially with many server-based services moving off-premise and into the cloud.  But with the right knowledge and expertise, there are still some Linux-based services that small businesses can take advantage of.    Here are a few:

There are many are many small software startups out there developing software under Linux.  Since most IT providers have very limited Linux knowledge, small businesses are often on their own as far as support and maintenance goes.

Most commercially available SMB NAS products are *nix-based.  That being said, the OS is usually extracted from the user/admin, and there’s not much that you can do with it outside of the GUI.

Products such as FreeNAS (based on FreeBSD not Linux, but close enough) are open-source and can run on commodity x86/64 hardware.  Access is available to the underlying operating system, which opens up opportunities for seasons *nix administrator to customize or automate.

As VDI (virtual desktop infrastructure) and DaaS (Desktop As A Service) services increase in popularity, there is also a demand for inexpensive thin clients used to access these virtual desktops.  By using a linux-based operating system, costs for operating system licensing can be reduced or eliminated.  Google’s ChromeOS for example, is based on the linux kernel.

NUC’s and even something like a Raspberry-Pi can be used in conjunction with Linux to create an inexpensive host for a specific administrative purpose.  For example,  running an encrypted SSH tunnel used as a back door in the event a VPN goes down.  Or a small print server.  Or a jump box which allows terminal access to various network devices.  The possibilities are endless.